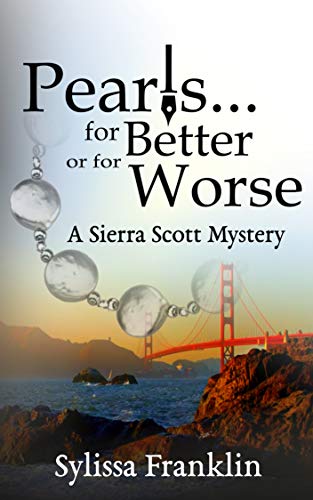 Pearls…for Better or for Worse: A Sierra Scott Mystery

You think marriage can be tough? Try surviving the week before thewedding.As her bestfriend’s wedding planner, Sierra Scott finds herself dealing with a major Bridezilla meltdown, diva bridesmaids,ego-maniac groomsmen ... and a stranger who is out for revenge. A single kiss can change everything. Sierra and Joan are in San Francisco preparing final touches on Joan’sdestination Victorian wedding. Things turn strange when Joan and herbridesmaids discover listening devices hidden where they’re staying. Why? And who is the stalker who’s following them? Is there someone who doesn’t want the wedding to happen?A death during the rehearsal lunch puts the wedding party on edge.Things go from bad to worse when the murderer learns he’s killed the wrong person - and then abducts Sierra. The frustrated killer wants revenge, but more than that - he needs money. So he’s willing to trade Sierra for cash - and a chance to get out of town. Sierra has plans of her own, and being a pawn isn’t one of them. After everything she’s gone through ... she’s more than ready for a little revenge of her own.

“I love easy reading mystery books. They really hold my attention.”
Phil Sander… “the characters stay true from one of Sylissa’s books to the next adventure.”
“Good job! Insightful and well planned. Looking forward to the next book. Loved the locals. You just can’t keep Sierra down.”
KATZ… “Intriguing”
Return to books