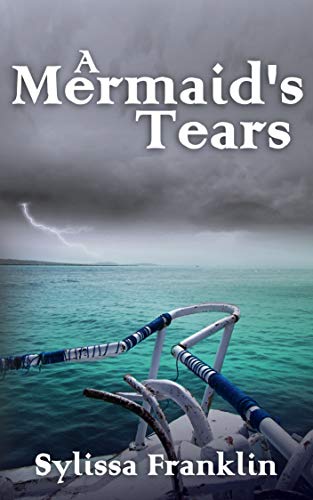 “Welcome to Key Largo - Land of Alligators and Pirates.”

Isa Andrews, newly unemployed and fresh from New York is house-sitting for her sister Kate who’s teaching in the UK for a semester. She’s already having trouble with one of the neighbors – a nine foot alligator. Isa’s goal is to survive her small town purgatory and start her photography career - anywhere else.

Bryce Williams mourns his Grandpa Harry’s death and learns he’s inherited Harry’s financial trouble too. He’s a teacher and even with his second job as captain and dive master of the Dream Maker he can’t bring in enough money in time. His family has been in the Keys for over 150 years and he’s lived in Key Largo all his life. He can’t imagine living anywhere else. He’s desperate to find a way to pay the debt against his family property.

Isa and Bryce clash at their first meeting, but still he manages to coax her to try a night dive with him aboard the Dream Maker. Camera in hand she discovers a love for the sea and survives an up close and personal encounter with marine life. She uses one of the underwater photos from that dive to enter into a contest, unaware it could hold clues to a ship wreck.

She’s thrilled to learn that while on display at the local art gallery this photo gets lots of attention from a visiting art gallery owner. He offers big money, but with a catch. The buyer demands exclusive rights, including the negative, all copies and the one from the contest. Despite her promise to Bryce of his own personal copy of that photo, she’s giddy with big dreams and says yes to the sale.

Bryce feels betrayed. Time is running out – not only with the bank, but with Mother Nature as well. A series of storms are working their way up the Keys, he has to work fast if he’s to stake a claim.

Isa feels the bite of betrayal as well, realizing too late that Bryce was right. The art dealer is taking the print and the negative and cutting her out, literally. She finds herself in great danger. Will Bryce save her? And will he make it in time?

He has a choice to make. Will Bryce save his past? Or his future? The hurricane is closing in and he only has one chance.

“Romance doesn't feature strongly in my reading choices, but this was definitely worth making the switch because when a book's heroine runs into both a cantankerous crocodile and a swarthy pirate in the first chapter, there's a good bet it'll be a winner… An entertaining read with a gripping finale that really romps along, A Mermaid's Tears is perfect escapism.”
Lee Murray…“Perfect Escapism!”
“Isa has moved to the Florida Keys when her life in NYC takes a turn for the worse. She meets up with an alligator who doesn't appreciate her attempt to beautify her yard, a neighbor who watches her all the time, and the sexiest history teacher in, well, history. It's a fun, twisty adventure including diving, sharks, vandalism and kidnapping. It definitely kept me turning the pages!”
M. Fechter … “Fun romantic adventure with a fish-out-of-water heroine and a pirate hero.”
Return to books